Over the past decade, countries all around the world somehow shifted from constitutional democracies into de facto authoritarian regimes, with strongmen rule becoming a common occurrence across Asia, Europe, and even here at home. What’s going on?

Historically, the economically disadvantaged have always outnumbered the rich. In the medieval times, the rich consolidated their power and wealth and made freedom a privilege reserved for them. As time and sensibilities moved forward, however, democracy as a major political force was established, and its first job was to balance out the inequality of power: it gave the masses power to heavily influence, even decide on, the direction the country was taking. Historically, however, the few have always feared this power, and actively seek to either resist the coming of democracy, or undermine it by exploiting its flaws.

Of course, this wasn’t always the case, many countries transitioned from a feudal society and into a democracy with little to no incident. Many countries, in fact, have preserved the stability of their democratic institutions for decades, even centuries, after their transition. Britain is a classic example, with its government empowering its citizens starting in the early 1800’s; just a little over a hundred years later, all men in the country were allowed to vote. A few years later, so were women. Throughout this transition –and indeed, throughout most of their country’s history –their democratic institutions remained stable, peaceful, even stifling extremist opinions and ideologies without violence or outright violations of civil rights. This peaceful transition was also true for many countries in the Baltic, from Sweden and Finland, to Norway and all the way down to the Netherlands. These countries were able to introduce a system of democracy where the previous ruling elite were able to integrate themselves seamlessly.

The same, unfortunately, cannot be said for other countries in Europe like, say, Germany or Italy, Spain, Greece, Portugal, and most of Eastern Europe. Even less so in the Arab world, South America, and Southeast Asia, where democracies continue to be threatened.

But what makes those countries different from the rest? Author, professor, and scholar Daniel Ziblatt squarely believes it has something to do with something very simple, but oddly terrifying answer: insecurity. Professor Ziblatt bases his argument in an extended study of Western Europe throughout the 19th and 20th centuries. What he observed led him to conclude that a majority of countries whose democracies are under siege stem from a ruling class that was insecure of their inability to compete for power under democratic conditions.

Using statistics and electoral evidence, Ziblatt continues to say that ruling elites who were confident about their chances of competition consolidated their power under a conservative political party prior to the establishment of democracy. This allowed them a compromise: give up some power in order to survive a changing landscape. This happened in Britain, but not in, say, Cambodia, or the Philippines.

Ziblatt argues that some elites who commanded power prior to democracy availed of certain political actions that were easier than competing under democratic conditions, including:

The most prominent examples of these actions being used can be seen in the Philippines. The Spanish elite ruled the tropical islands for over 300 years and consolidated most of their power either in the mestizo class or in the clergy, leaving the natives under the mercy of their colonial whims. When the Americans arrived in the beginning of the 20th century, they brought with them American ideals of freedom, democracy, and egalitarianism. The practice, of which, was lacking: the Philippines remained a de facto colony of America (under the guide of a Commonwealth) until just before World War 2. After the war, the Americans liberated the Philippines and left them to fend for themselves.

This created a strange situation for the Filipinos: for much of their known history, western imperialists had power, and now, no one was in charge. This created an opportunity for corrupt politicians to take over and establish themselves as new lords of the land. Operating within a democratic framework, generations of corrupt politicians skewed and manipulated the law to benefit them, culminating in a 20-year dictatorship by the infamous strong man, Ferdinand Marcos.

There was hope, however, for the Filipinos when the famous EDSA revolution managed to depose the dictator. Unfortunately, with all the focus bearing down on Marcos and his family, many failed to see the same corrupt politicians serving under the dictator slither away to join the pro-democracy camp. From there, they re-established themselves and continued their corrupt practices.

Over time, however, even the shrewdest politician could no longer hide their corruption, and the people once again started to notice. But the previous revolution had shown them that this wasn’t enough: a tougher, more disciplined approach to governance was needed. And so, in 2016, Rodrigo Duterte was appointed President under a platform of killing drug dealers and chasing after corrupt politicians, two things he has yet to achieve. 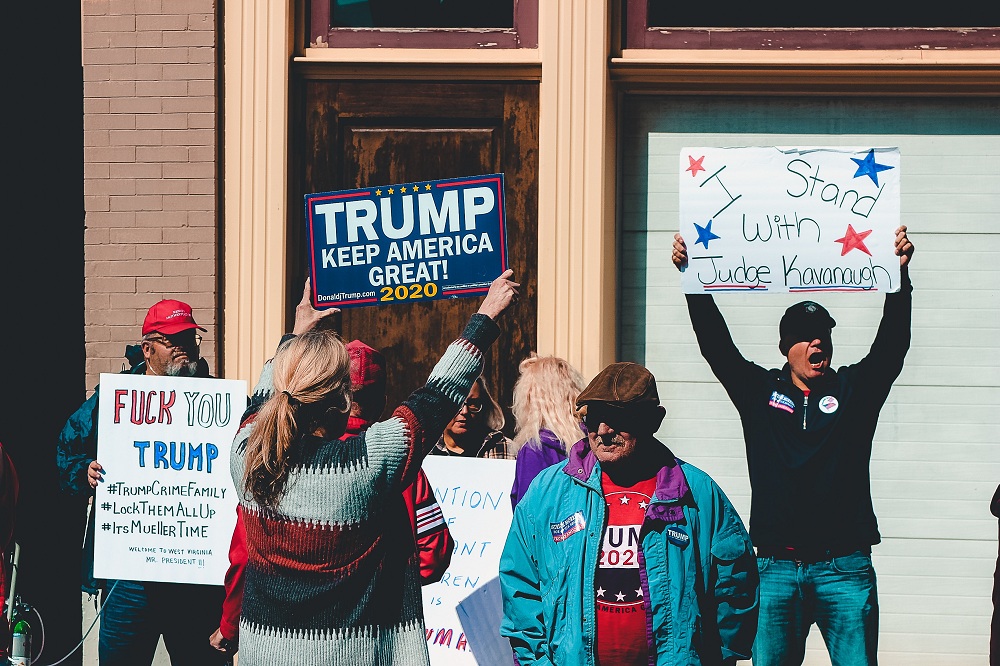 We can see the same thing right here in our very own backyard. For years, political pundits have decried the state of American society, from rising crime rates and declines in public works, to overblown military budgets and the alleged threat of immigrants. It doesn’t help that many conservatives took the Great Recession as an opportunity to instill a dose of fear and uncertainty into the public.

This is a possible explanation for the rise of Donald Trump. With the conservative party constantly throwing into question the concept of checks and balances and the lack of power they can wield, it gave rise to a population distrusting the very institutions of democracy itself. While the points they argue are debatable, strong men like Trump take it as gospel: immigrants are the root cause of our nation’s problems, less freedom is necessary to “Make America Great Again”, and the press is the enemy.

All of these are classic tactics of the demagogue, the ultimate threat to freedom itself. If we are not careful, we will become victims of history repeating itself, and it isn’t a stretch to say that, if left unchecked, these strongmen will precipitate the fall of Democracy itself.