If you’re aspiring to build a career in the tech industry, it will help if you settle down in the heart of a tech hub. Being surrounded by fellow tech experts and their latest innovations would come a long way for your career. It would continue to inspire you to be creative in your work. The competitive nature of tech hubs would keep you motivated. If you need to launch your latest innovations in client onboarding programs, a tech hub is the right place for you.

The first thing that comes to your mind when you think of a tech hub is Silicon Valley. And who can blame you? It’s the home of tech giants such as Google, Facebook, and Apple.

But Silicon Valley has a lot of downsides. The cost of living is astounding. You could be making big bucks from your tech job. But you’d still have to settle down in a rundown apartment that you can actually afford.

To help you decide, here are five more tech hubs that you can choose from.

Austin, the state capital of Texas, is named one of the best cities to live in today. It’s because the city boasts a diverse culture of eclectic millennials and wholesome families. It has a rich live music scene. Every year, the city hosts major festivals such as South by Southwest (SXSW) and Austin City Limits. And, most of all, it’s one of the top tech hubs in the country.

It’s nicknamed “Silicon Hills” because of the way it breeds innovation in various ways. It’s the home of the University of Texas-Austin, where students learn from the best in science, technology, engineering, and mathematics. Tech giants such as Apple are also setting up campuses in the city and pledging to hire 15 thousand employees.

As the home of top universities in the world, it’s no surprise that Boston is also a budding tech hub. This largest city in New England cultivates a diverse culture, competitive academe, and rich history.

In the 2019 annual industry survey of KPMG, Boston is among the top ten tech hubs in the world. Over the years, it has become one of the leading centers of biotechnology, with at least one thousand biotech firms across the city. In 2018, it also beat New York in having the most start-up investments, breeding unicorn startups one after another.

Denver, Colorado Springs, and Boulder make up the tech hub known as “Silicon Mountain.” Many people may find it surprising that cities in the heart of the Rocky Mountains make up a top tech hub in the country. This place is more often known as a haven for outdoorsy people. But the tech industry there has been brewing in the last couple of years.

From May to June 2020, tech jobs in Denver rose by 36 percent. It’s also becoming a home for major tech companies such as Amazon. This year, the company announced that they plan to open another campus in the city and create 400 new jobs. 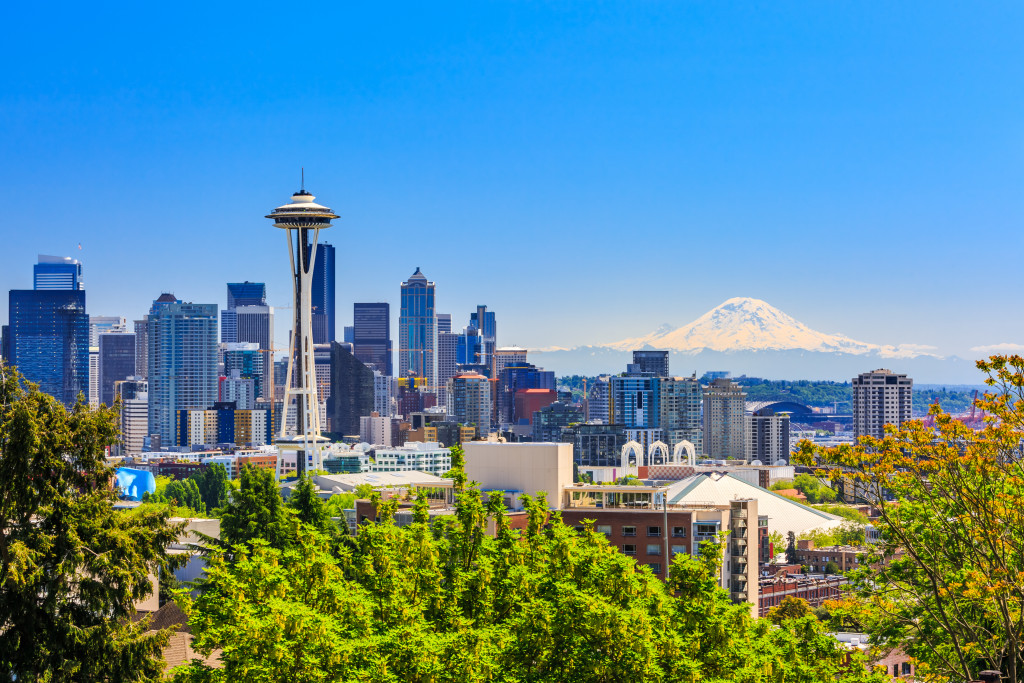 Up in the Pacific Northwest is another city that breeds its tech industry. Seattle is ranked as one of the country’s fastest-growing tech hubs in 2018 by Coldwell Banker Richard Ellis (CBRE). In the city, 42 percent of all office jobs are related to tech and software development. That’s about 165 thousand jobs.

It also helps that Microsoft set up their corporate headquarters in the nearby city of Redmond in 1986. Since then, the company has opened up smaller offices all over Seattle.

The tech scene in the Windy City has been on the rise in recent years. KPMG also names it as one of the top rising tech hubs in the world. The city boasts success stories of start-ups in many sub-categories of tech. For fintech, there’s Braintree. It’s a start-up that was later recognized and acquired by PayPal. For data science, there’s Cleversafe. IBM later acquires it for a whopping $1.3 billion.

Many tech giants have also expanded in the city. This includes Facebook, LinkedIn, and Salesforce.

Thus, they created more tech jobs for Chicago’s citizens. If you want to build a career in the tech industry, you don’t have to move to the San Francisco Bay Area. There are many other cities to choose from. You can explore many opportunities. On top of that, you get to enjoy other cultures, explore restaurant scenes, and visit different cultural sights. Tech hubs are everywhere all over the country and the world. You need to know where to look.