Buildings in the United States are responsible for 40 percent of total energy consumption, according to the Department of Energy. This number is staggering, but it doesn’t have to be.

With an increasing number of people becoming aware of buildings’ environmental impact on our planet, many are looking into ways to make their houses more sustainable. One concept that has surfaced is the idea of an “energy-efficient house.”

What Is an Energy-efficient House?

An energy-efficient house is one whose features reduce its carbon footprint by lowering or eliminating its contributions to global warming through electricity or gas use.

Designs may vary depending on your region’s weather patterns, how much insulation you want, and even personal preferences about making a home livable for the individual or their family. Every energy-efficient house will have at least a few features in common, however.

An energy-efficient home often has a smaller carbon footprint than standard homes because green building materials have been incorporated into its construction. The house is designed to take advantage of passive solar gain to heat the interior during the winter and reduce reliance on other heating systems. Other ways it may save energy include:

In addition to many or all these features, an energy-efficient house will have several others to create the best overall environmental impact: 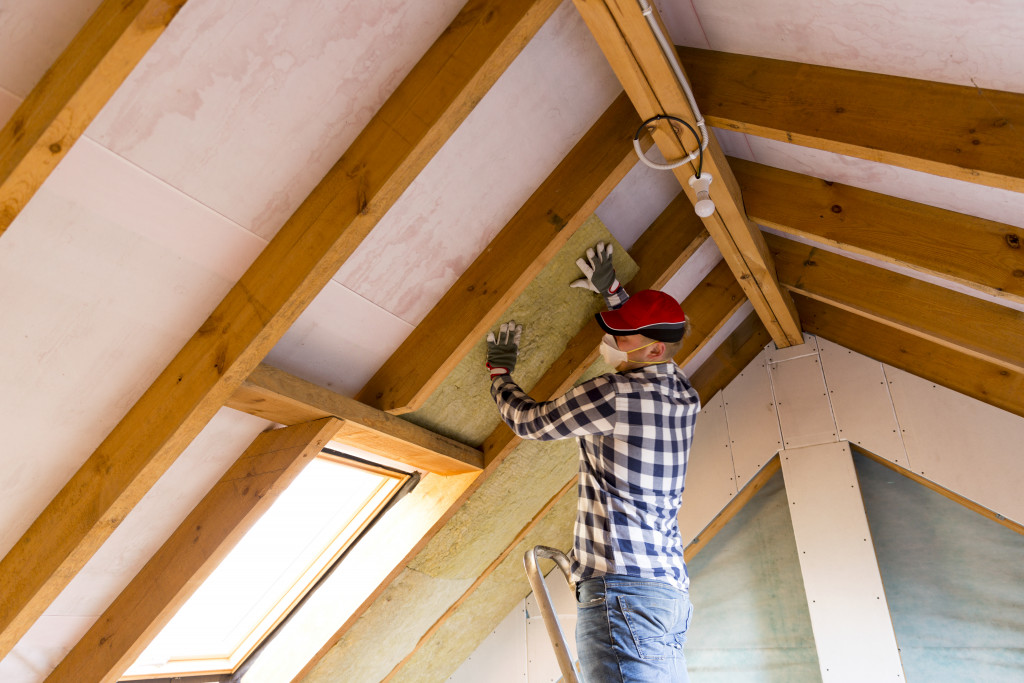 Many think buying an older home is the best way to build an energy-efficient house because they’re already built to lower standards than previous years. In other words, they could be easier to upgrade.

The opposite is true. Older homes might have outdated windows and poor insulation or even lack insulation entirely, causing drafts that will raise the utility bills no matter how efficiently one heats and cools the house. They might also be outdated with their plumbing since most older houses use a “gravity-fed” water system that wastes water over modern “pressure regulated” systems that deliver exactly the right amount for each faucet or shower.

When building an energy-efficient house, it pays to do extensive research on all the features before finalizing any plans. New buildings are built according to higher standards, but they’ll require a bigger initial investment to implement all of them. Fortunately, builders can take advantage of section 45L under the Consolidated Appropriations Act signed in 2020.

Under this law, a homeowner, developer, or contractor can qualify for a tax credit of $2,000 for every home or rental unit to build a property or a building that is no more than three stories high and uses less than 50 percent of energy.

Green living is a way of life that reduces one’s environmental impact in everything they do. Living green has become increasingly popular in recent years. Many people with high environmental awareness and traditional lifestyles are incorporating elements into their daily routines to improve their quality of life and benefit future generations of Earth’s inhabitants. Since space dedicated to housing makes up more than 20 percent of total energy consumption, living green can have a serious impact on your energy footprint if it’s done right.

Energy-efficient homes are typically more expensive to construct. Still, the monetary savings over time from a decreased reliance on power and a lower carbon footprint often make these houses a great long-term investment.