It was 1980 when mother-of-four Judy Nesbitt left their home at Thanksgiving to travel to Newport Beach. A potential buyer would like to see their cabin cruiser called The Felicidad IV. She never came home.

The investigation also remained cold until police decided to perform DNA extraction on a hair sample left at the crime scene and genealogical DNA, which involved entering the DNA into a database to find near matches that may belong to a family member or relative.

This led to Kenneth Marks, who they believed had killed Nesbitt on the boat while stealing her valuables. Marks already died in 1999, but technology had allowed police to provide closure to Nesbitt’s family.

Solving crimes is never easy as it requires problem-solving skills, deductive abilities, and patience, among others. But technology has made it more convenient, more possible, and sometimes faster. Think of a home alarm system service that can already be integrated into the phone via an app, other alarm sensors like fire and smoke, integrated speakers, and door contacts for entry and exit routes.

Can someone imagine, though, how people manage peace and order and solve crimes many years ago? Looking back at history will tell you that society has learned a lot about policing over the years.

According to an article by Jill Lapore in the New Yorker, the concept of police began in ancient Greece. Back then, they had poleis, which actually referred to city-states with unique identifying cultures from one another. However, one of the common features among these places is the agora, which served as the meeting place for everyone, whether rich or slaves.

In these places, the brilliant minds would discuss philosophy, morality, and other aspects that affected society. In many cases, though, the men dominated the women, children, and other city-state members.

This idea eventually found its way into monarchies, where kings viewed themselves as the father of the land. Thus, their rules set the order—and people needed to follow them. In a way, the earliest police force, or those who helped manage crimes in the kingdom, worked for the royalty, not for the citizenry.

The population of Britain grew, and along with it was the rise of the Industrial Revolution. People in rural towns moved to cities. Both meant that the kingdom could not look after everyone’s behavior at all times. This paved the way for a more structured policing system that included constables, sheriffs, and night watchmen.

The Arrival of the British Police System in America 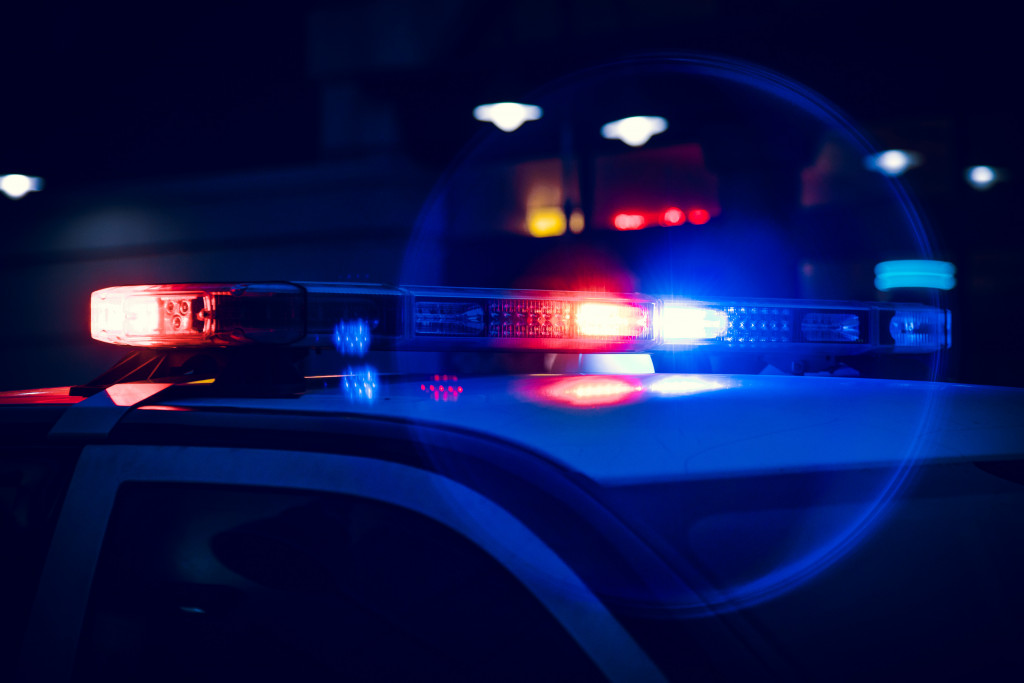 When the Europeans arrived in the United States, they brought along with them their supposed sense of peace and order. In fact, the earliest so-called police force resembled that of Britain:

• These people worked as night watchmen and first appeared in Boston and New Amsterdam (later called New York City).
• The government didn’t pay them. They didn’t have a standard salary, but instead, they received contributions from private citizens.
• Constables supervised the night watchmen.

Although there was a system, it was considered inefficient. Night watchmen often ended up getting drunk and sleeping at work. Others were forced to do it as a punishment. Not all wanted to be a constable because of the bad reputation associated with it.

Other regions also implemented their policing system. In rural areas, for example, vigilantes were common. In many places in the South, they had slave patrols, who watched out for slaves that might escape or instigate a rebellion.

It wasn’t until 1905 when the first police force in Pennsylvania began under the orders of then-president Theodore Roosevelt. During this time, the force could use a car and a two-way radio, which allowed them to respond to calls for help.

The Strategies that Helped

Around the time that the United States began setting up a policing system, in the 1850s, India was the first country to use the fingerprint as evidence. Then, in 1892, an Argentine police chief, Juan Vucetich, introduced the first method of saving fingerprints on individual files.

Over the years, the police started collecting pieces of evidence to help solve crimes. Still, many cases were unresolved because they didn’t have a more comprehensive technology to deal with them.

Then in 1984, Sir Alec Jeffreys developed DNA fingerprinting. Initially, it helped determine paternity, but Jeffreys collaborated with the Forensic Science Service (FSS). They used DNA profiling to help solve crimes, the first of which was the murder of two young girls.

In 1987, the United States accepted DNA as evidence for the first time during the trial of Tommie Lee Andrews, who was later convicted to over 20 years for the rapes.

Today, besides home alarms, police are now using facial recognition to identify and monitor serial offenders. There are even talks of a Minority Report-style tech, which could help deter crimes before they happen. Hopefully, tech will lead to more accurate convictions, earlier arrests, and better policing.